Recently I finally had the opportunity to try out Erin from making memories with your kids maple syrup frosting. I have seen her use this recipe on a few different items and they always looked so delectable.

So in preparation for my dogs 2nd birthday -but first with me since he was adopted at 15mths old- I tried out cooking some mini donuts to share on the day. 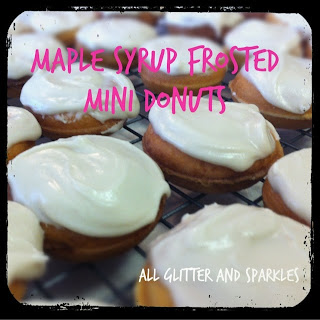 I'm not sure where I saw it, but somewhere here in blog land I saw the concept of making donuts in a donut press using a boxed cake mix. With the only difference of following the box instructions was using only half the liquid measurement. 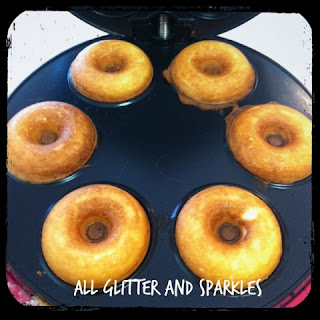 I tried to mix the frosting up in between batches, but it was easiest to do it afterwards. Those little donuts don't bake for long. 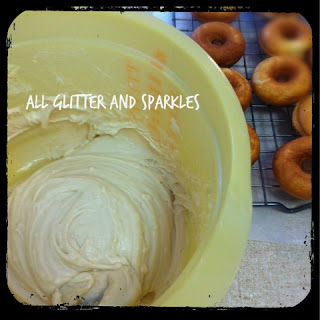 A dollop of frosting on each, and they were just too hard to resist.

Honestly they were better the next day, the frosting settled into the donuts and they tasted donuty rather than cakey. 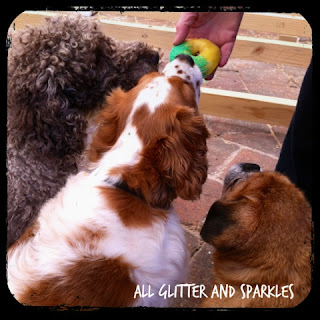 So Happy Birthday to Toby.
Here he is sharing a doggie friendly donut with 2 of his cousins.

It was just the humans who got to eat the maple frosting donuts.

I may be linked up at these parties.
Posted by Unknown at 6:20 PM

Email ThisBlogThis!Share to TwitterShare to FacebookShare to Pinterest
Labels: donuts